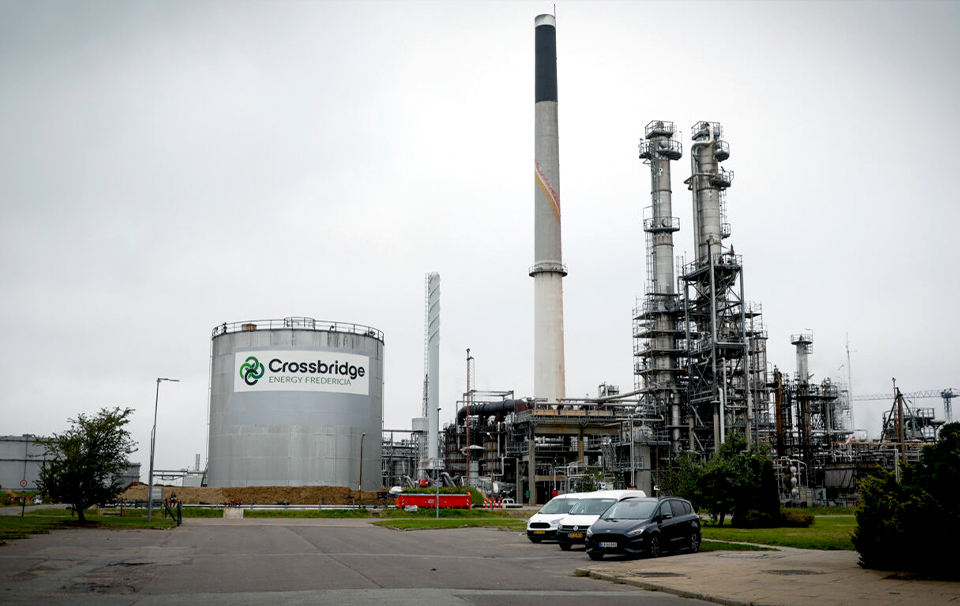 The European Commission has now officially awarded IPCEI status to the HySynergy 2.0 project, the hydrogen plant in Fredericia at the Crossbridge Energy refinery.

The IPCEI status enables public co-financing of the second phase of the HySynergy facility, which was developed in a collaboration between Everfuel and Crossbridge Energy Fredericia as well as Aktive Energi Anlæg (AEA), Trefor Elnet, Energinet, TVIS and EWII.

HySynergy 2.0 will produce green hydrogen to be used in industrial processes and transport, and the Crossbridge Energy refinery will be the recipient of large parts of the green hydrogen.

“HySynergy Phase II is a huge milestone and the key to the new and greener future for energy production in Denmark. Hydrogen opens the door and HySynergy Phase II accelerates this process,” says Finn Schousboe, CEO Crossbridge Energy A/S.

The project was nominated by the Danish government last year as one of two Danish power-to-X projects that were eligible for public support if they were given IPCEI status by the Commission.

Both projects have now been given the status of important projects of common European interest (IPCEI), which contribute to job creation and sustainable economic growth in the EU. The Danish government has set aside a total of DKK 850 million for the two selected projects

“Green fuels require access to hydrogen. That hydrogen must of course also be green, and with HySynergy Phase II we are preparing for a gear change within the production of the liquid fuels that make it possible to transport us from A to B. We have paved the first part of the way with HySynergy hydrogen production, so now the next steps follow,” says Finn Schousboe.

The Commission approved a total of up to DKK 5.2 billion. EUR in public support from 13 Member States as part of this second IPCEI round to support research and innovation, initial industrial deployment and construction of relevant infrastructure in the hydrogen value chain.

Further information on the amount of support for individual projects will be available later.

The first phase of the HySynergy project is a 20 MW electrolysis plant in Fredericia, Denmark, which is expected to produce the first hydrogen at the end of the year. HySynergy 2.0, which has now received IPCEI status, will expand the existing plant with 300 MW of electrolysis capacity.

Phase II of the project will consist of three sections of 100 MW each. The public funding that follows the IPCEI status is linked to building the first 100 MW of the second phase. The HySynergy project aims to produce large quantities of green hydrogen to be used in industrial processes by the adjacent Crossbridge Energy refinery and other partners, as well as for mobility purposes at refueling stations.

Crossbridge Energy A/S operates the refinery in Fredericia, which supplies more than 35% of the Danish consumption of liquid fuels such as petrol, diesel and jet fuel.

The Crosbridge Energy refinery is Europe’s leading refinery in energy efficiency and No. 3 worldwide. The refinery thus supplies surplus heat for district heating corresponding to the annual consumption of district heating by more than 23,000 ordinary households for the entire Triangle area (TVIS).